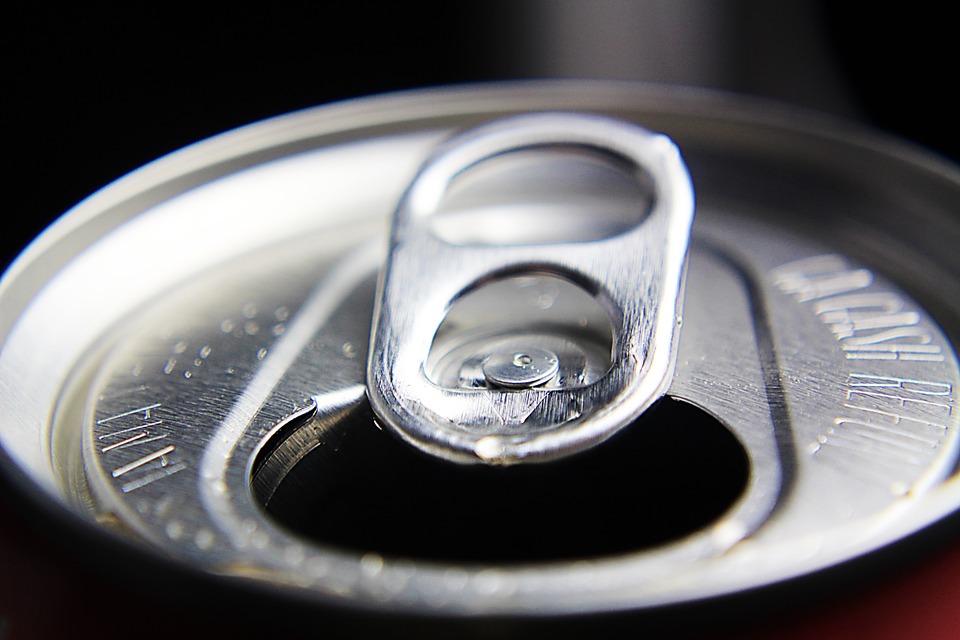 Calorie-free drinks are extremely popular, especially among those weight-conscious folks. But is saving on calories all that beneficial, or are all those “free” cans causing more harm than good?

Many people turn to diet soft drinks to get their carbonated beverage fix without the calories that regular versions of soft drinks bring. However, research shows that diet soda is not entirely benign and may lead to significant health problems if consumed regularly.

The ingredients in a soft drink typically include carbonated water, caffeine, aspartame, acids, potassium benzoate and food additives including flavors and colors.

Carbonated water is this beverage’s primary ingredient, giving the beverage its fizz and also working as a preservative. According to a study by the Osteoporosis Research Center, caffeine in carbonated drinks was found to leach calcium and take it out of the body through urine. However, only small amounts of calcium were taken out, and researchers state that a person could compensate by adding calcium in other ways. From the study it was unclear if caffeine by itself or caffeine combined with carbonation was the cause, although the non-caffeinated carbonated beverages did not have the same effect.

Caffeine is a diuretic as well as a central nervous system stimulant. The recommended maximum daily caffeine intake for healthy adults is between 400 to 450 mg a day; an 8-oz serving of diet soda has 24 mg of caffeine. While consuming up to 300 mg of caffeine a day is generally considered safe, consuming more than this may result in unwelcome side effects, according to the Mayo Clinic. These side effects may include nervousness, jumpiness, difficulty sleeping, gastrointestinal issues, headaches or muscle tremors. Some individuals are more sensitive to the effects of caffeine, and they may experience some of these side effects even when consuming small amounts. Caffeine and certain medications may also interact negatively with each other. In addition, many people become physically dependent on the caffeine of soft drinks resulting in withdrawal effects, such as fatigue or headaches, when the consumption of these drinks stops. Caffeine from diet soda also triggers the kidneys to increase urine production, which results in an increased loss of water in the body. Dehydration can lead to dizziness, headaches, racing heartbeats and even death.

Aspartame is an artificial sweetener high in phenylalanine, an essential amino acid; there are 118 mg of aspartame in an 8-oz. serving of diet soda. The U.S. Food and Drug Administration claims the ingredient is safe to consume; however, several side effects involving the ears, eyes, chest, skin, neurological system, gastrointestinal system and metabolic system, as well as psychological conditions, have been linked to its use.

Diet drinks contain phosphoric acid which is used to give it a tart flavor. Potassium benzoate is a preservative which inhibits growth of yeasts, bacteria and mold. While benzene, resulting from potassium benzoate in soft drinks, is a carcinogen, the Center for Food Safety and Applied Nutrition in the U.S. indicates that levels of benzene in beverages do not pose safety concerns for consumers because the levels are so low (although these expert bodies have been known to be wrong in the past).

Syndrome X: Metabolic syndrome (or Syndrome X) is a series of abnormalities in the body that lead to heart disease and diabetes due to altered body chemistry and a large waistline. Dhingra et al. (2007) discovered a link with diet soda consumption and increased frequency of people with symptoms of metabolic syndrome. The researchers evaluated more than 6,000 participants and found that consuming a single can or more of diet soft drinks poses an increased risk of body weight gain, altered cholesterol or triglyceride levels or increased blood pressure, which can increase the risk of developing metabolic syndrome.

Bitter sweet: Daily consumption of diet soft drinks is linked to a significantly greater risk of developing diabetes or diabetes risk factors (Nettleton et al., 2009). According to the research, people who consumed diet soft drinks at least once per day were 36 percent more likely to have high blood sugar levels and a high waist measurement. They were also 67 percent more likely than nondrinkers to develop diabetes.

Heart in danger: Diet soft drink consumption has also been linked to higher risk of stroke and heart attack. Research presented at the 2011 International Stroke Conference (Melnick, 2011) noted that people who reported consuming diet soft drinks every day were nearly twice as likely as their counterparts to have such cardiovascular events, regardless of other lifestyle factors including drinking and exercise levels.

In the Northern Manhattan Study, a population of over 2000 men and women of various ethnic backgrounds were assessed for their diet- and regular soft drink consumption habits. From the results it was found that those who drank diet soft drinks daily (vs. none) had an increased risk of vascular events. This association remained even after controlling for age, sex, race/ethnicity, education, smoking, physical activity, alcohol consumption, body mass index, daily calories, consumption of protein, carbohydrates, total fat, saturated fat, sodium, metabolic syndrome, peripheral vascular disease, diabetes, cardiac disease, hypertension, and hypercholesterolemia (HR = 1.43, 95% CI = 1.06–1.94). (Gardener et al., 2012)

Teeth: Diet sodas contain high levels of phosphoric acid, which is corrosive to the teeth. The acids present in dark diet and regular soft drinks can soften tooth enamel and weaken it, allowing plaque to build up, which leads to cavities. Drinking these beverages when thirsty might also be a bad idea because there is less available saliva to wash away the acids and protect the teeth. This mechanism has nothing to do with the sugar content in drinks, hence both diet and regular soft drinks cause a similar problem.

Bones: The phosphoric acid in diet sodas that is harmful for the teeth presents challenges for the bones as well. Phosphorus from diet sodas can displace calcium from the bones. Releasing more calcium increases the risk of developing osteoporosis as the bone stores will be lower. In diet soft drinks this negative effect on the bones is cumulative to similar mechanism caused by caffeine and carbonation. Hence, regular Diet Pepsi consumption could take calcium out of the body. Studies have also reported a negative association between soft drink intake and circulating blood calcium levels, as well as with bone mineral density; an inverse association has been found with increase in bone fractures (Vartanian et al., 2007).

Kidney Damage: In 2009, a study of 3,256 women published in Nurses’ Health (Zeratsky, 2009) found that those who drank two or more servings of diet soft drinks daily experienced on average a 30 percent drop of kidney function. For the purposes of this study, two servings were defined as two cans, bottles or glasses. The study could not confirm the specific reasons behind the reduction in kidney function, but researches theorized that the artificial sweeteners found in these beverages may scar the kidney tissue.

Energy intake, body weight and weight gain: Contrary to what might be expected, artificial sweeteners might actually lead to weight gain. Terry Davidson and Susan Swithers of Purdue University (ahem, ahem) found in their research that the brain might not be able to regulate calories based on food sweetness. This might lead to overeating among those regular diet soft drink consumers as the body expects calories from the artificially sweetened food, and, when the calories do not arrive, compensatory behavior leading to excessive energy intake may be present to satisfy this caloric expectation. Drinking these beverages may also cause the consumer to assume it is possible to eat more due to the low caloric content of diet sodas, thereby, causing weight gain and increasing the risk of obesity.

Similarly, statistics from a long-term study conducted at the University of Texas Health Center suggest that it is increasingly likely to become overweight or obese as the intake of diet soft drinks increases. In accordance to the conclusions from the previously mentioned Purdue study, researchers in Texas speculate that weight gain from diet soft drinks may occur because the taste of artificial sweetener promises but does not deliver calories, hence the body goes on to seek other sources of calories when it realizes it is not obtaining the expected nourishment (Fowler et al., 2005).

With only approximately 5 calories per serving, diet soda does not directly contribute excessive calories to the diet; however, the consumption of sweet beverages has been shown to cause an increased desire for other sweetened foods and beverages. The sweetened beverage can also cause greater hunger during the day as the body begins to feel deprived of the calories normally associated with sweet taste.

According to an article published on CNN.com in 2011, consumers who drink excessive amounts of diet soda often report a strong desire to drink this beverage in order to make it through the day. This desire is a similar feeling to the one elicited by addictive substances such as nicotine. This feeling of addiction may also result from the ritual that surrounds the drinking of diet soda for many individuals. Further, the artificial sweeteners found in these products may also elicit a psychological and physical dependency. As a result of this dependency, an excess of diet soda can produce anxiety and changes in sleeping patterns.

Individuals who consume large quantities of soft drinks are also likely to consume diets with an overall higher glycemic index. Other studies have also shown a link between the consumption of these drinks and the consumption of hamburgers and pizzas, as well as with a negative overall healthy eating index (Rodriguez-Artalejo et al., 2003, Bes-Rastrollo et al, 2006).

Since diet soft drinks are free of calories, sugar and fat, many people conclude that they are healthy. While it may be true that diet versions are less harmful than regular drinks loaded with calories or sugar, soft drinks do not provide as many nutritional benefits as some other beverages. All diet soft drinks lack many of vitamins, minerals, antioxidants and nutrients essential to a healthy diet and may displace beverages such as milk, juice, tea or coffee which in turn may be higher in calories but provide the nutrients that diet soft drinks lack. Further, a negative association between soft drink intake and protein, fruit and dietary fiber has been reported in a meta-analysis by researchers at Yale University (Vartanian et al., 2007).

Several of these findings have merely discovered a link between diet soft drinks and health problems; it is possible that other lifestyle factors not mentioned, such as higher intake of fast food, may be responsible for the increased health risks reported. While drinking diet soft drinks may reduce caloric intake and thus result in weight loss, drinking diet soda offers no nutritional benefits and could lead to negative health consequences over time.